I know that the title of this blog seems oxymoronic, right? How can a vegan support beef? Well, the inspiration for this past has stemmed from a blog post by BadCatholic who slammed the organization Catholics for Choice. His post spurned an interest in his readers to go to Catholics for Choice's Facebook page to start a trolling spree. A spree in which I participated in.

I was honestly surprised at the posts that I saw on that page. Here, these people claim to be Catholic, yet they spend all of their time bashing the Church's teachings on abortion, contraception, and sexual morality, and spent even more time bashing the hierarchy. Seriously, if you vehemently disagree with the teachings of the Catholic church and the people who lead it, then why do you identify yourself as Catholic? 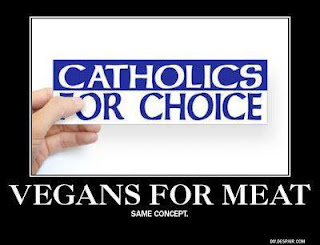 I believe I wrote about this kind of topic before, but really think about it. What does it mean to be Catholic? Does sitting in a pew at Mass every Sunday make you Catholic? Does receiving the Eucharist every Sunday even though you believe it to be purely symbolic (which studies have shown that most Catholics do not believe in transubstantiation) make you Catholic? Well, about as Catholic as Nancy Pelosi who stated that she "...does her religion on Sunday." 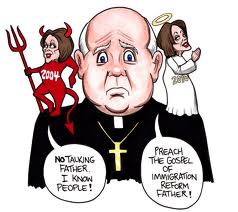 Is being Catholic something we only do on Sunday? This has to be a resounding NO!!! If you really look at Catholic teaching, doctrine, and theology, it is so finely interwoven that it is truly impossible for Catholicism to be a cafeteria religion. However, a lot of Catholics either did not have good catechises growing up, or they did not take the initiative to actually study what their faith taught and, as a result, they pick and chose what they want to follow in accordance to their convenience.

I used to be one of them. I used to believe that I was a good Catholic even though I did not agree with the teachings on contraception and homosexuality, and I publicly stated this. However, when I turned back to the faith, after a 7 year stint of being a practicing wiccan, I came to the realization that the Church is either right about ALL of Her teachings, or She is not. I truly believe that the Church is being led by the Paraclete, like Christ promised.

The Catholic Church is the only major religion that did not follow the path that the Anglicans set forth at the 1930 Lambeth Conference, which allowed the use of contraception. The Catholic Church continues to teach this unpopular truth despite social pressure. Why is that? Surely if the teaching changed more people would return to Mass on Sunday, right? Which would, in turn, mean more money in the collection plates, right? The Catholic Church has refused to dilute the truth so that people could continue with a convenient lifestyle. Rightfully so! 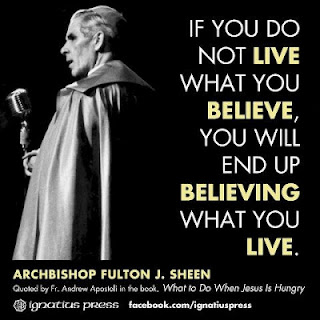 It is so easy to create a god in our own image. But keep in mind that we are the CREATED, not the CREATOR!

So, I went to Catholics for Choice's Facebook page and I simply posted a statement on why I do not use contraception. My post was removed 3 minutes later and I was banned. I did not use any derogatory language, I did not call these people names, I simply stated a fact. Apparently Catholics for Choice finds women who actually practice the faith to be a threatening force that must be silenced. What kind of 'choice' are they promoting?

BadCatholic will then post a status stating that "You're not cool unless you've been banned from Catholics For Choice's Wall. Just sayin." I must be cool. There had to have been hundreds of people making posts on this wall. That admin must have had a busy night.