Take Up Arms or Take Up Rosaries?

When I first saw the preview for the movie For Greater Glory I was so excited to see it. However, I figured that the movie would only be shown in selected theaters, and probably not for very long. I was right. Even though this movie ranked in the top 10 in the nation, only one theater in my area played it...for two weeks. Unfortunately, they only had a few showings and I was unable to see it. I was so bummed. I am eagerly looking forward to when it comes out on DVD.

There have been many people who have commented on the movie. Father Robert Barron from Word on Fire has been one of many to throw his two cents in.


It tells of a story of a time when religion, mainly Catholicism, was outlawed. The people reacted in many ways. Some took up arms, others took a more passive path. Many were martyred. 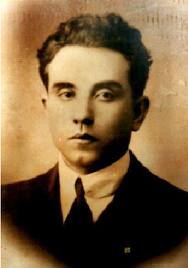 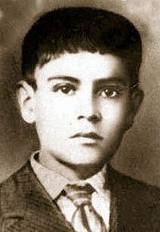 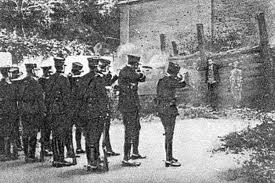 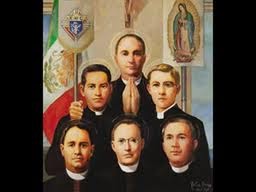 Many priests were killed, many members of the Knights of Columbus were killed, Blessed Jose (pictured second from the top) was something like 14 years old when he was tortured and martyred.

Watching a historical movie like this, which is based on fact (heck, this happened less than 100 years ago) makes one take a step back and ponder something; what would you do? Would you take up arms, or would you take up your rosary? I remember asking myself this same question when I saw the movie The Mission, starring Jeremy Irons and Robert DeNiro (great movie). 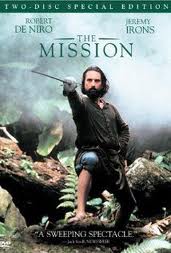 The characters in The Mission faced a similar situation. They were being suppressed. Some fought, like Robert DiNiro, and some were passive, like Jeremy Irons.

So, what would you do? Would you fight? A big part of me would want to take up arms. Heck, the Church does have a doctrine of a righteous war and something like the Cristeros War in Mexico could certainly be considered a righteous uprising, right? Unarmed priests and laity were being murdered for no reason. That's a good enough cause to take up arms with a clear conscience..for some. However, you may notice that those whom the Church has beatified or canonized were those who did not take up arms bought took a more peaceful route.

Blessed John Paul the Great grew up in war torn Poland and would live through the Nazi occupation. He knew people who took up arms and fought in the resistance. But, JPII would fight in a different kind of underground, one that fought using a peaceful resistance. 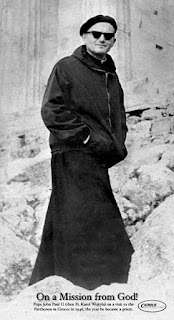 Now that we are getting ready to celebrate a Fortnight for Freedom, we too are taking up a peaceful resistance full of fasting and prayer. If it ever came to be that the Church would be suppressed and outlawed, while I would want to take up arms and fight, I don't think I would. We would have to remember that we will be held accountable for our actions and I think that I have come to a point in my spirituality where my conscience would dictate that I take the path of non-violent resistance. What would you do?