The Night of the Soul

For the past two years...or maybe even a little longer...I have not been able to feel the love that I know God has for me. I partially blame this on the fact that I practiced Wicca for about 6 years. Denying the divinity of Christ separates your heart and soul from Him. You may think that the second you start to believe again you are immediately surrounded by the glowing fire of His Love. That is not always the case.

About two years ago I felt pulled to start going back to church, yet I did not want to let go of my Wiccan beliefs. I thought that I could meld the two religions together and be quite content. At that time I denied the divinity of Christ. I believed that He was the son of God, but no more than you and I are sons/daughters of God. Christ was a special entity, but not God. I didn't even believe in sin, therefore I did not believe that Jesus was the ultimate Sacrifice that cleansed us. I even thought that Jesus faked His death on the cross and did not really die! Therefore, the whole resurrection thing was just a huge conspiracy! I confess my heretical beliefs. These beliefs separated me from God.

Going back to church I began to questions these beliefs. Which is natural. I study spiritual development and am aware that questioning one's beliefs strengthens your spirituality. But the event that turned me on my head and threw me into into a full crisis of faith was when I watched a documentary on the Shroud of Turin. 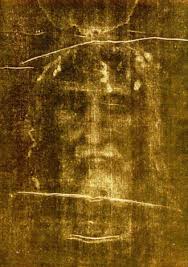 After hearing scientists who studied the shroud for decades say that they cannot explain the image on the cloth made me question my heretical beliefs. Was Christ really God? Did He die for us? ﻿Was the image on the shroud an imprint of His resurrection? Questioning these things led me fully back into the Roman Catholic Church and now I do not doubt, I may not fully understand, but I do not doubt.
About a year or so ago, I was praying before bed and I was asking Christ to please open my heart and my mind so that I could fully understand His purpose and His teachings. I heard a distinct voice say, "Listen to my priests". A few months later, again while I was praying and asking Him to open my heart I heard the same voice say, "I want you to cover your head in my Presence". At first I resisted this command, and the voice asked, "Will you not obey me"? So I complied and now I veil in His Presence.
About a month or so ago I was once again praying and asking for forgiveness for my straying from the faith and He asked me to 'not stray again'.
The concept of God talking to you can be a frightening one. Please don't mistake me, I have not gone 'Joan of Arc' or anything like that. I was so confused about the whole veiling thing that I e-mail my deacon about it, which is not something I would typically do. I normally keep my spiritual conundrums to myself. (After which my deacon wanted to meet and that was another heart pounding experience which I won't bore you with.) But hearing voices can make you think that you're either imagining things or going insane and can therefore make it difficult to interpret what you are hearing. Was that me imagining that or was it really the Holy Spirit talking to me? How can I tell?
Now, after years of neglecting my journal, I feel the need to write down what I am feeling. Well, let me rephrase that, I feel that Christ is asking me to journal more. The reason I've neglected it is because I don't feel like I have anything to write. The only thing I feel (spiritually that is) is almost like an emptiness. Almost that God has stopped loving me. Which I know is not true.
A couple of weeks ago my priests was describing the 'night of the soul' in which one does not feel the love of God surrounding them. Mother Teresa went through this. In fact, she asked for an exorcism because she felt the devil was behind it. 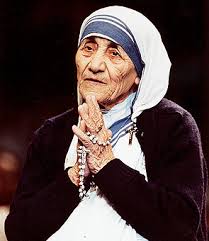 It is said that the 'night of the soul' can be a test and in the end your faith just gets stronger. I am hoping that is true. I do not doubt that God loves me, but I just want to cry out, "I'm not feeling the love! Where's the love?"
Does that sound strange? It kinda does to me. Here I know God loves me but I don't feel it? If I don't feel it then how do I know it exists? I guess that is where faith comes in. ﻿
I will say that my full conversion back to the Roman Catholic Church has changed me. Even though I am going through this 'night' I have been a much happier person and I think that I have become more pleasant to be around. Even my job has become a little more enjoyable. Again, does that sound strange? Someone who claims to not feel the love of God and yet is still happy, is even happier than before? This just makes me believe that there is a light at the end of the tunnel. Maybe one day I will feel the love. I know that God's love exists and that makes me happy.
I don't really expect this to make sense to anyone, it hardly makes sense to me. But God works in mysterious ways.
﻿
Posted by Unknown at 6:40 PM