Ok, I am going to start off with the dissenters, a topic that irritates me the most.

﻿
On Pentecost, the American Catholic Council, a group of faux Catholics, went against the orders of Bishop Vigneron and held a dissenting rally in Detroit. The ACC hosted speakers from pseudo-theologians who deny the bodily Resurrection of Christ, support the ordination of women, support the Pro-Choice movement, etc... The thing that sent the Bishop over the edge was the fact that they concelebrated a Mass with the laity, which included members of the laity wearing priest-like stoles. Bishop Vigneron sent a warning to all of his clergy warning them that if they were to participate in the heresy they would suffer the consequences, including the possibility of being de-frocked. Kudos to Bishop Vigneron! He is upholding his duty of making sure the Church's teachings are being upheld and he should be commended.

Now, I am sure that there are people out there who think that there is nothing wrong with people who question authority, and in many areas I would agree with them. Also, there is nothing wrong with questioning your faith because this can lead you into a deeper relationship with God. HOWEVER, if you go as far as to deny the core values of Catholicism, like the Resurrection, the Divinity of Christ, Pro-Life issues, and the infallibility of the Pope, then you are not Catholic, you are Protestant and there is no place for you in the Church until you ask forgiveness and turn back to Christ. If you want to question and defy these core values, be my guest, but don't do it under the impression that you are still a 'good Catholic'. You will probably be more at home in the Episcopal church, so go explore your options.

Now, on to the Housewives.
I will admit, I will sometimes watch the Housewives of New Jersey, New York, or Orange County as a means of unwinding from a long and stressful day.

One of the new Housewives of New Jersey, Melissa Gorga who is the Sister-In-Law of Teresa Guidice 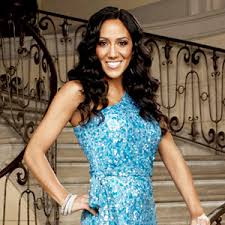 was introducing herself and her family to the viewers. As she explained her home life she commented that she was taught to 'Be a cook in the kitchen, a lady in the parlor, and a whore in the bedroom'. All of the Housewives in NJ are Catholic, but it does not seem that they take Catholic teaching to heart. Now, I think it is great to see a somewhat traditional marriage being portrayed here, wives and mothers taking great care of the children and the household while the husbands and fathers work to provide for the family. However, to identify as a ladylike whore who cooks seems a little off. Besides a woman should not be a 'whore' in the bedroom, she should be a lover and companion, to call it being a whore demeans the marital act.
Now, you may think that I am splitting straws here, and maybe I am in a matter of speaking.
Alexis Bellino from the OC 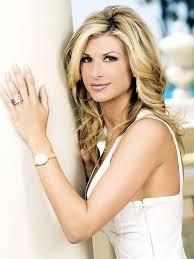 ﻿
Identifies as being a Christian and she supposedly holds very traditional Christian ideals. She shows a lot of skin while not hiding the fact that she does not support homosexual marriage and ﻿proudly admits the fact that her husband is the head of her household. Now, again, that is great, but a lot of the footage seems to imply that Alexis is very subservient in her relationship with her husband, and the other housewives of the OC seem to agree. Whatever her husband wants, Alexis does. She even states, 'He is my husband, I have to do what he says'.
My fiance, and soon to be husband, is the head of my household, but he does not order me around. We make decisions together and he is always asking me for my input. While it is great that people are talking about the concept of a traditional marriage, but Melissa Gorga and Alexis Bellino are not the greatest models of what a traditional marriage is.
I will say, that my favorite Housewife is Caroline Manzo from New Jersey.
Caroline is a strong woman who leads and defends her family and is not afraid to speak her mind in a clear and concise manner. As a traditional Italian woman she is very much like a mother hen when it comes to her children, but she is very wise and ﻿has a lot of common sense. When her sons announced they were getting an apartment on their own, she wanted to hang on to them so badly, but she knew she had to start letting go. She is the only housewife that has the most class. Most of the rest of them are vain and digging for drama. So, why do I continue to watch? Eh, it's mindless entertainment and sometimes that is something we all need.
Posted by Unknown at 8:38 PM