The Catholic Wedding Game is Afoot!!!

So today Rick and I met with our Deacon to discuss wedding preparation. Rick was married once before and his divorce has been a long and drawn out process. It is almost final! About another two weeks and he will be a divorcee.
My fiance was born and baptized Catholic but he stopped attending Mass when he was about 10 or so. He attended church back when they still spoke Latin and he did not really connect with his faith. He said that he hated going to Mass when he didn't understand what was going on and the nuns would hit him with a ruler when he would fidget in catechism class. (Also understand that Rick is 25 years older than me, so that was a long time ago.) He had his personal relationship with God, but did not really practice any organized religion. His ex-wife was Presbyterian, so they married in a Presbyterian church and at that time they had no intention of having children.

When he proposed to me we planned on just having a civil ceremony, and did not really think about the process of marrying in the church. Now that we are once again practicing (and practicing with a passion) we are starting the process for his annulment. Apparently there is a whole investigation that is involved, and a lot of paperwork! The annulment should not be a problem since Rick is considered Catholic and his first marriage is not recognized by the church because it was never blessed by a priest and there was no intention of children. The Deacons terms it as a 'clandestine' marriage. But even so, he has to provide witnesses to prove the fact that he was never married in the church. I do too. We have to send paperwork to family and friends who need to go to a Catholic church and swear that we have never been married before in the Catholic faith. Whew...what a process! At least the wheels are beginning to turn.

I asked our Deacon, a man that I highly respect, about the role of women in the church and the family. If you read my post from about a week or so ago, every time I try to get a perspective on the role of a Catholic Women I was always getting the ultra liberal or ultra conservative extreme. Talk about mixed messages! As always I knew there had to be a happy median, and I wanted to get Deacon's perspective. He told me that all of the female saints have been strong Catholic women.

Saint Catherine of Sienna helped bring the papacy back to Rome! 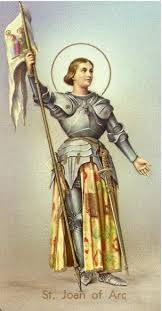 Saint Zita worked hard as a servant and won the respect of her master and ran the household!

And my patron saint, Saint Cecilia, converted her husband and brother-in-law before all three of them were bravely martyred.
Finally, it was the Holy Mother Herself who jump-started Christ's ministry. 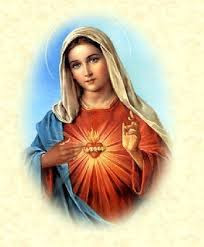 ﻿
Deacon also expressed on how his own wife has influenced him in his ministry. So, I am understanding that there is a severe misconception on the role of women﻿. Men and women are equal, but they have different roles to play and they are equally important. In today's society, any women who plays the traditional role are seen as subservient and weak minded. I intend to play the traditional role and I am ANYTHING but subservient and weak minded.
My journey continues...and there are wedding bells in the distance...
Posted by Unknown at 8:09 PM